Businesses That Support The Arts 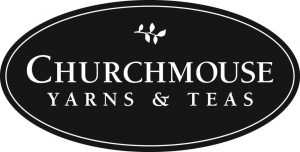 Churchmouse Yarns & Teas is a design studio, online purveyor, and caring community where people can find joy in making things. They’ve been based on Bainbridge Island, Washington, for over 20 years.

Introduction
On September 9th, 2000, Kit Hutchin opened the doors on a new adventure: a yarn shop on Bainbridge Island called Churchmouse Yarns & Teas. A knitter since the age of seven, it had been a lifelong interest of Kit’s to connect with friends through yarn.

How It Came to Be
Working as

Churchmouse Yarns & Teas is a design studio, online purveyor, and caring community where people can find joy in making things. They’ve been based on Bainbridge Island, Washington, for over 20 years.

Introduction
On September 9th, 2000, Kit Hutchin opened the doors on a new adventure: a yarn shop on Bainbridge Island called Churchmouse Yarns & Teas. A knitter since the age of seven, it had been a lifelong interest of Kit’s to connect with friends through yarn.

How It Came to Be
Working as copy director for Nordstrom’s mail order division, Kit realized after several years, “It was a dream job. It just was no longer my dream.” John Koval, her husband, encouraged her to take some time to find her bliss.

A friend suggested, “Why don’t you just open a yarn store?” Kit demurred—running a retail business was a complete unknown. But John spurred her on: “Don’t think about what won’t work, just dream about what could.”

Why “Churchmouse?” Why “Teas?”
Kit had a little ceramic mouse she kept in a black-and-white teacup in her kitchen. As she gazed at it one day, the name popped into her head! It conveyed Kit’s concept for her store—traditional, friendly, and a bit English.

To Kit, as a Canadian with English and Irish grannies, knitting goes hand in hand with a strong cup of tea poured from a Brown Betty teapot into a handsome mug. (Some Scottish shortbread wouldn’t go amiss.) That’s where the “& Teas” part comes in!

She also realized that “a not-yet-needleworker” might be reluctant to go into a yarn shop because they didn’t know how to knit. So with the teas, teaware, and British groceries, newbies could feel welcome, and—once in—be tempted to learn to knit, too!

Kit’s Vision
With a name, a vision of a yarn-loving community, and encouragement from yarn makers, Kit “sprang” into action (if you know Kit, you know she’s nothing if not deliberate; it was a year and a half from vision to opening). At her first trade show, she met vendors, designers, publishers, teachers, and other shop owners, many of whom became dear and lifelong friends.

On Bainbridge Island’s three-block-long main street, it took over a year for the right location to open up. Kit walked past a vacant storefront on Madrone Lane that was twice the size she was looking for; after the umpteenth time staring into its broad windows, she thought, “This could work!”

Preparing to Open
Kit spent the next few months considering the space. Her keyword was “welcoming,” so she set about creating a warm, residential feel that was both comfortable and convenient—an easy place to linger and learn.

She scoured local antique dealers for fixtures that would give the space an eclectic, traditional sensibility: an Irish dresser for the pantry, Yorkshire mill tables, an old work table from a convent basement in Quebec, a capacious French armoire. She contracted with a local craftsman to build yarn shelves with a home library feel.

As she was setting up, knitting friends and interested Islanders stopped by to help. Some became her first employees.

Opening Day
On September 9th, 2000, at 9:00 am, the shop was filled shoulder-to-shoulder with knitters and well-wishers. An Anglican priest, a good friend of Kit and John, gave a blessing, reading from Proverbs 31: “She chooses wool and flax and works with eager hands.” Kit’s dad and his new wife poured pot after pot after pot of tea.

The store was finally open.

The First Ten Years
Word travels fast in the crafting world and a newly reinvigorated interest in knitting kept the shop filled with soon-to-be knitters, used-to-be-knitters, and always-been-knitters alike! With support and advice from a worldwide cadré of yarn and tea providers, Kit gathered a collection that favored the traditional and authentic, sprinkled with the newest ideas. Even before she set up classes, she and her team taught people how to knit “on the fly,” sending them off smiling, needles in hand.

John continued to commute via ferry to his office in Seattle and worked evenings and weekends in the store (luckily writing is sedentary!). Because he didn’t know much about knitting, he thought he’d get to know the tea area to help people there. He read books, tasted teas, read books about how to taste teas, and discovered a vast world of enjoyment.

The First Churchmouse Patterns
Early on, Kit and her team created free knitting and crochet patterns to show her customers what they could do with the yarns she carried. Before long, visiting customers showed their Churchmouse projects to their local yarn shops, and shop owners called to ask if they could carry Churchmouse patterns, too. In 2009, Churchmouse Classics was born. Since then, Kit and her talented team have published more than 120 patterns that are sold in nearly 500 yarn stores around the world.

Besides paying particular attention to the details, Kit’s team designs timeless pieces that work in a modern wardrobe—the pieces you’ll knit again and again. Helpful tips and tutorials are always included (“we answer the questions our customers would ask in the store”), with the knitter’s success always in mind.

The Ten Year Anniversary
In 2010, what a celebration! Ten years of joy! But the business had reached “that awkward stage” of “too much” and “not enough.” After the cake and bubbly, Kit and John took some time to consider their options: close it? or grow it?

Both agreed they couldn’t think of anything they’d rather do. So they revised their vision, affirmed their core values, and set a new course. John closed his writing business and went full time into creating a new website for online shoppers. They wanted to create a virtual space that felt like the Madrone Lane shop. They thought of it as “churchmouseyarns-dot-calm.”

Kit and John added more talent to their team, more space, more technology. The annual “State of the Mouse” meetings grew bigger and bigger! Larger boxes of yarn appeared and more shelves were needed. More patterns were created and more samples were knit.

The next “awkward phase” had arrived.

And then, in March of 2020, the COVID-19 pandemic changed everything.

Stay Home, Stay Safe
To keep the staff and customers safe, following the Washington Governor’s directive, Kit and John suspended all operations, consulted experts, colleagues, and bankers, and worked on a new way forward. It became clear that they couldn’t keep all the balls in the air and some hard choices had to be made. In July, the Board of Directors approved their plan to close the brick-and-mortar store, pause publishing, and focus on rebuilding the online channel.

On August 31st, 2020, little more than a week short of the 20th Anniversary, Kit, John, and their much-smaller team, finished cleaning out their beloved brick-and-mortar store, and—after a glass of bubbly—closed the doors for the last time.

Churchmouse 2.0
Over twenty years, Kit and her awesome staff have made hundreds (perhaps thousands) of knitters, helped hundreds more get better at their craft, and brought a glorious world of yarns and friendships to beautiful Bainbridge Island.

Kit and John have received immeasurable support from the people who have worked for Churchmouse over the years (some briefly, and some for more than a decade). There are too many to mention by name, but each one in their own way has helped make Churchmouse what it is. And what it will become.

As you read this, we continue to envision a meaningful and exciting next chapter for Churchmouse Yarns & Teas. We look forward to the day we can visit in person once again. Meanwhile, our fondest thanks to you for being part of this community. 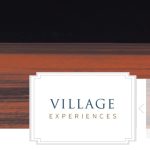 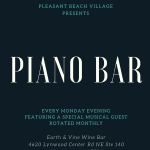 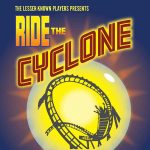 The Lesser-Known Players present Ride The Cyclone, A Musical

Presented by The Lesser-Known Players at Rolling Bay Hall 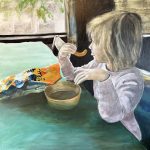 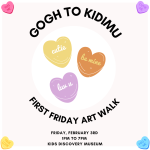 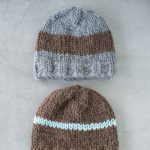 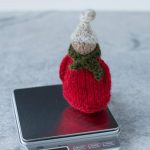